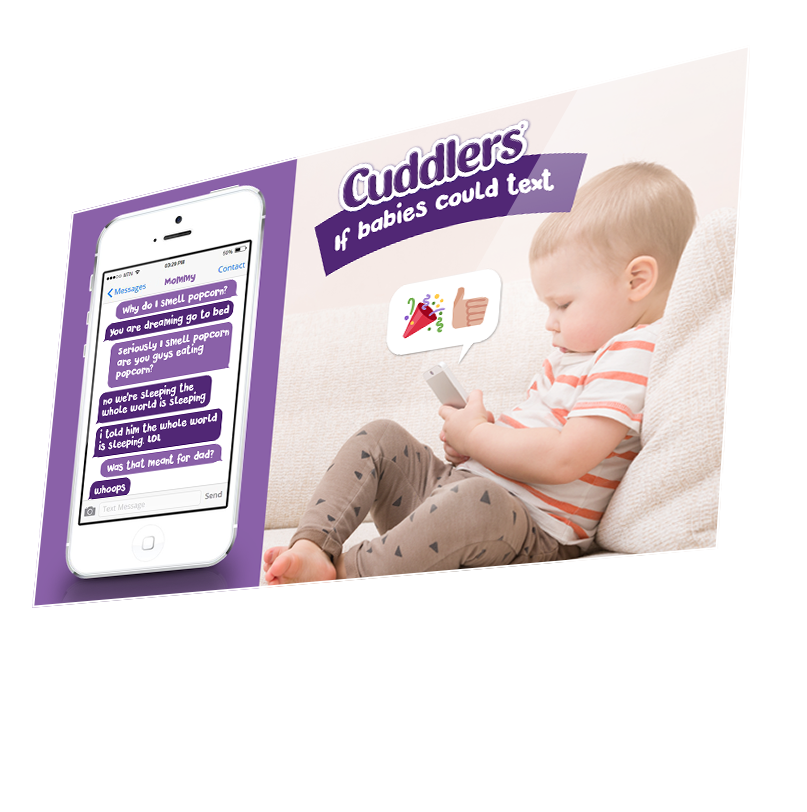 Firewater designed a campaign for Cuddlers allowing fans to engage with the brand by telling the community what their babies would say if they could text. Firewater developed a web-app where the Cuddlers community could create hypothetical conversations with their babies. Fans were incentivised to share their text conversations on Facebook where prizes could be won for the posts with the most engagement. Firewater supported this campaign with a series of humorous videos giving fans an idea of what they could write. The videos were well received and sparked incredibly creative engagement from the community and created a conversation around parenthood and the challenges that come with it.
VIEW VIDEO 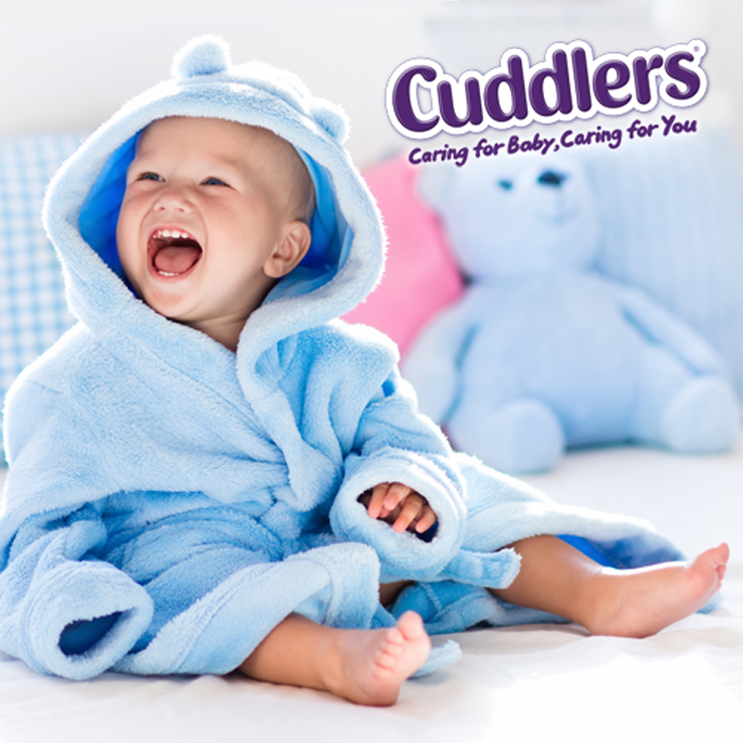 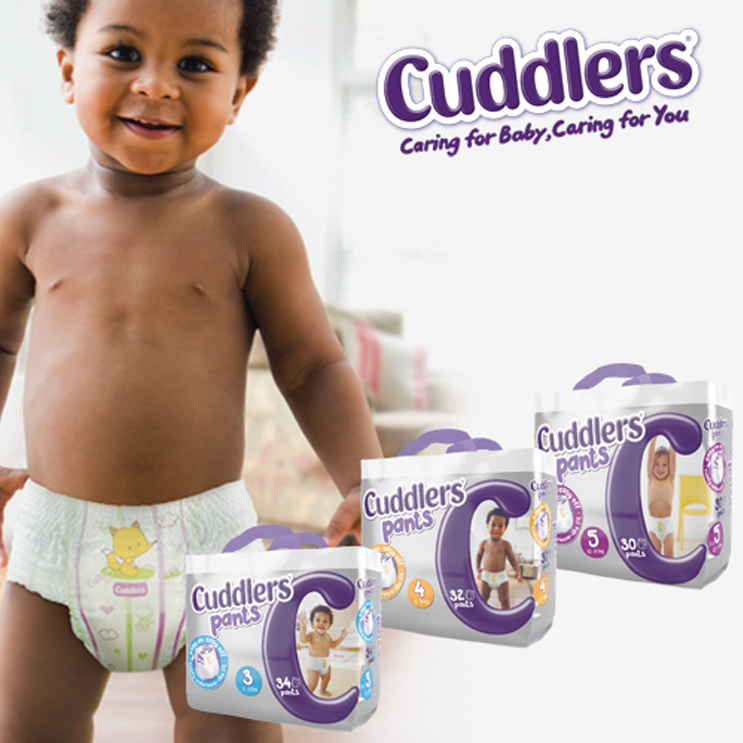 Firewater conceptualises and designs content for the Cuddlers Facebook page. Posts range from inspirational baby photos, parental advice and product promotion to competitions, community upliftment and customer testimonials. Firewater oversees the community management of this account and continues to be the voice behind the page.